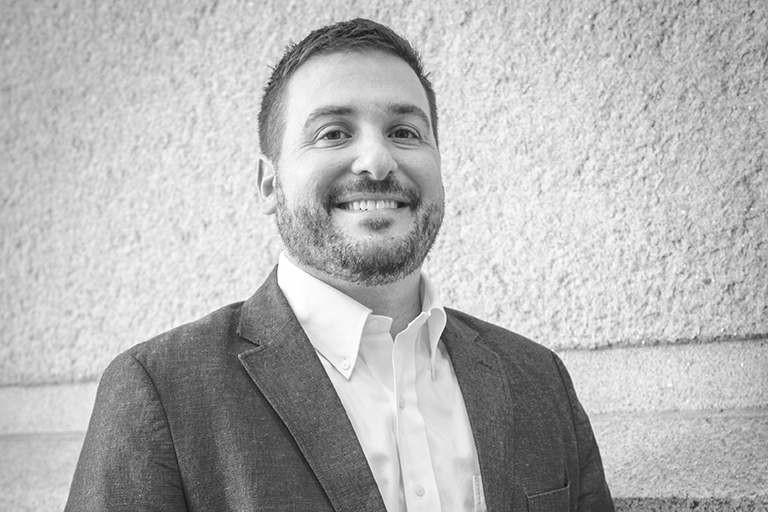 After almost ten years behind a desk designing buildings at JKRP, Mike has walked into his new role of leading the firm’s marketing efforts. He’s been in the trenches, and can talk the talk because he’s walked the walk. While practicing as an architect, Mike was instrumental in the design of SouthStar Lofts and 1220 North Broad Street. He also plays a part behind the scenes doing much of the early conceptual design for the firm’s larger projects. Now that he has shifted gears, he brings a phatness and phreshness to all of our marketing efforts. He’s won design awards as a student, as an architect and as a marketer. If there is a grammatical error in our marketing material, he’s the person to blame. Give him a drink and watch it disappear

A middle seat, sandwiched between Ed Rendell and Bill Clinton.

Trace Paper. I go through that stuff like it grows on trees.

I'll eat everything, but if I had to choose I'd say tomatoes or eggplant. Both of which are technically fruits.

The possibilities and the politics, the ego, the story. It has all the things I like; drawing, history, design, art.

Forced to listen to one song on repeat for the rest of your life?

September, by Earth Wind and Fire.