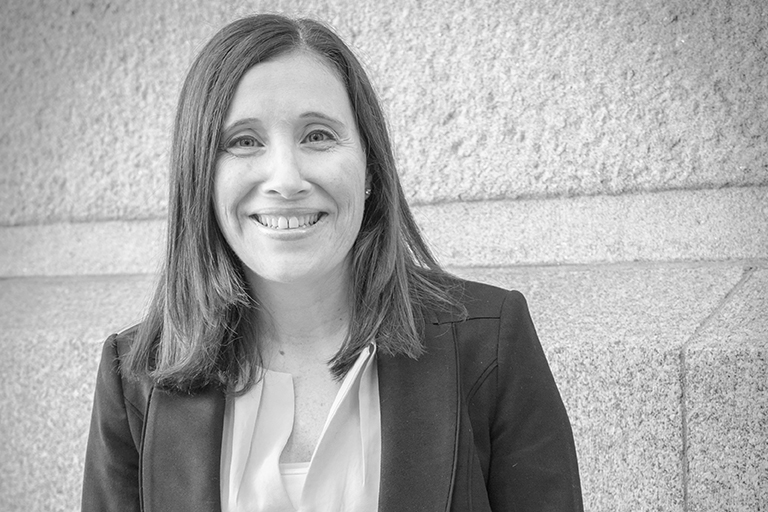 Email
Back to Partners

Deidre joined JKRP in 2002 and since that time has been involved in a wide variety of some of the firm’s most notable work. Her current concentration is in the design of residential, commercial, and renovation projects.

One of Deidre’s first projects in which she played a significant role was the renovation of the formal Naval Home in Philadelphia; a sprawling campus of derelict buildings which involved the restoration and conversion of historic Biddle Hall into luxury condominiums. The project was awarded a Citation of Merit by AIA Pennsylvania in 2007 and also received a 2008 Grand Jury Award by The Preservation Alliance for Greater Philadelphia.

Deidre was also responsible for the success of the Presser Senior Housing project in Mt. Airy and its neighboring building, Nugent Hall. Both received Grand Jury Prizes from The Preservation Alliance. The Presser building converted a home for retired music teachers into a senior living community; Nugent Senior Apartments, which consisted of the complete renovation of the historic 1895 Nugent Home for Baptists into 25 independent rental units as well as an addition on the rear of the building with 32 rental units for a total of 57 affordable senior apartments.

Deidre was the project manager for The Icon; an historic restoration of 1616 Walnut Street which was originally designed as an office building in the early part of the last century, into over 200 market rate apartments with retail on the ground floor. When the building opened in 2015 it commanded the all time highest rents in the city.

Deidre is currently working on The Umbrella Factory; a new luxury apartment building in the burgeoning Kensington section of Philadelphia.

Backpacking around Europe while studying abroad in college.

California Coast (Carmel) or Hawaii – any place with a beach.